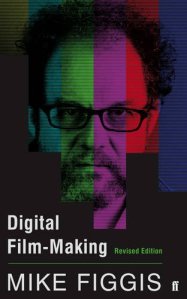 “I clearly remember the sense of frustration I felt when I began making films. I’ve always been fascinated by process, by how things work, and I’ve always asked questions. So I was hungry for information, but no-one would give it to me… It seemed to me like the people who knew stuff weren’t crazy about passing on that knowledge…

…What I tried to do in this book is lay out the basics and, in some instances, try to second-guess what might go wrong during the process, and then suggest ways of dealing with these problems.

Above all I want this to be a REALLY USEFUL BOOK. A long time ago I made a resolution with myself that I would never withhold any information that I possessed – I would always pass it on…” –Mike Figgis (Introduction to Digital Film-making)

Digital Film-making is one of many books about the subject of making digital movies, a trend that Hollywood has become accustomed to in the past several years. Many films are digital films these days. Figgis focuses on making films with consumer or prosumer cameras. His advice is extremely generalized (and sometimes questionable). There are many good things in his text, but his information never digs beneath the surface of these general concepts. There is no specific “how to” information. With so many more comprehensive books on this subject, this volume seems terribly anemic. One wonders if Figgis isn’t holding information back from the reader after all. Is this really all of the information in his arsenal of knowledge? 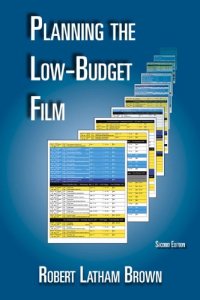 Robert Latham Brown provides expert advice about how one should schedule and budget their independent film, and he does so in an extremely lucid and enjoyable fashion. While many books merely provide vague instruction about this phase of film-making, Planning the Low-Budget Film goes into it in a very detailed manner that is extremely easy for beginners to understand. Film schools should work it into their curriculum, and anyone planning their first low budget film needs to read it cover to cover. It couldn’t come more highly recommended. 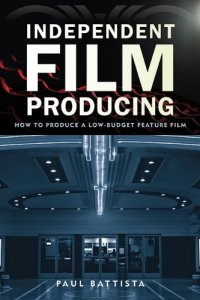 Paul Battista’s “Independent Film Producing: How to Produce a Low-Budget Feature Film” is very similar to Andrew Stevens’ “Foolproof Filmmaking: Make a Movie That Makes a Profit.” There are differences. Battista tends to concentrate more on the legal issues involved with making a film on a low budget, and less on creating a film project that meets the needs of the current market. There are also fewer anecdotal examples in the book. Battista relays valuable information to the reader, but one wonders if the information is practical for most low budget filmmakers. Future filmmakers should read this one only if they aren’t easily discouraged.

“Andrew Stevens has mastered every facet of film-making and there isn’t a better teacher out there. This isn’t film school theory, it’s how to make a film in the real world and make a profit.” -Roger Corman (Forward)

Stevens has an impressive résumé, but Foolproof Filmmaking isn’t likely going to satisfy most readers wishing to learn more about independent film-making. However, it is an excellent text for anyone wishing to learn about pre-selling a film, or how to make a film that can be sold. Unfortunately, it is also a text that will lead to many inferior independent films that do nothing but pander to the lowest common denominator. Filmmakers that are weary from seeing inferior films that they have seen a thousand times before will probably become weary reading this book.

It is also somewhat aggravating that Stevens never actually tells the reader how to get a project in front of a buyer (distributor). He writes about film markets, but most of the information given is available online. It will not get the independent filmmaker in front of a buyer (even if they have made a film that is “market friendly”). This isn’t to say that it isn’t worth reading.

Foolproof Filmmaking is recommended, but not essential.

Gil Bettman’s “Directing the Camera: How Professional Directors Use a Moving Camera to Energize Their Films” covers a topic that many books on film directing rarely discuss in any great depth. Since the text covers an aspect of film directing that is often ignored, Bettman’s book is an easy recommendation.

Screenshots illustrate the various points made by the text, and readers can watch the actual film clips discussed in the book on a special website. This helps the reader to understand the concepts being discussed a great deal. Bettman is occasionally repetitive, and he often fails to provide any in-depth technical information. However, this is probably a good thing in many ways. The book serves as a primer for those beginning their filmmaking education. It should be used as a basic foundation for young filmmakers to build their visual vocabulary.

Future filmmakers should be happy to have this on their shelves (or inside their Kindles).